Yitro: use your voice

Yitro is one of the three portions named after a non-Jew – the other two being Noach and Balak. Yitro, differently from the other two, even according to the Torah text, joins the Jewish people. This portion is famous because it is the one where the Ten Sayings appear, the Aseret hadibrot.

This is the first thing that needs to be clear to us: The Jewish tradition never calls these the Ten Commandments. Never. The Torah text calls them Aseret hadevarim, variouosly translated as “the ten sayings”, “the ten utterances” or “the ten statements”. They are different from mitzvot. Most mitzvot will have a punishment attached to them, and many of the ones we read in the Torah are conditional laws, the structure being “when this happens… then”, often called “case law”. We will see a lot of those in next week’s portion.

The Aseret hadibrot are unconditional laws, a basic frame of reference, do this or don’t do this, the value of the law being self-evident, particularly in the negative ones. This style of law, unconditional, is found only in the Torah and not in any of the other law codes of the Ancient Near East. That is why they are called Aseret hadibrot, the ten sayings.

That is the basic background. However, it is striking to notice that not just these sayings are given at Sinai, but the whole thing is accompanied by an spectacle. There’s thunder, lightning, shofar blasts – it is so overwhelming that the people go back and stand away.

And this brings Menachem Mendel of Vitebsk, in the 18th century, to make an interesting point. Our tradition (Pirkei Avot 6:2) has a beautiful vision, which is that every day a bat kol, a heavenly voice, comes out from Mount Sinai exhorting all humans to study Torah. When we study, we use our voice, we literally bring down Torah to the world. Menachem Mendel of Vitebsk then reminds us that there is a principle which is “Torah, the Holy One of Blessing, and Israel are one”. There is this idea that we are completely intertwined with Torah and the Holy One, inseparable. And that complete identity is expressed in the idea that each of us has a letter that represents the root of our souls. And so each letter in the Torah represents one Jewish person. When we study Torah, using our voice, we are connecting to that voice in Sinai. And the revelation of Sinai is the contact of the person with their soul-root, which is quite marvelous.

And yet, when we read is text, we can’t help but seeing the fear of the people, who fall back. A midrash says that they fall back at the first letter of the Ten Sayings, which, surprisingly, is Alef, from the word Anochi, I. And why they fall back? Well, according to the Me’or Eynayim (Menachem Nachum of Chernobyl (1730-1797), who also wrote in the 18th century, it is because no one can stay at this high level of consciousness at all times. It is humanly impossible: the feeling of the presence of God ebbs and flows, this connection with the life-force, the root, is felt in waves.

One of the reasons, says the Me’or Eynayim, is that we need to ride the wave, so as to always reach higher next time. In everything, he says, there has to be Absence before Presence being felt. SO to reach a higher level, we first need to experience absence. The absence, of course, is felt but not real – since all the world is filled with God’s glory, kol haaretz maleh kevodo, as we say in the Kedushah.

But there is also another reason, says the Me’or Eynayim – we fall down so we can bring others up with us. When we fall from our level, we have the ability to reach others who are behind in their spiritual development, and so by riding the wave we have the ability to find them and bring them to ride the wave with us, and reach a higher level, previously inexperienced by them. 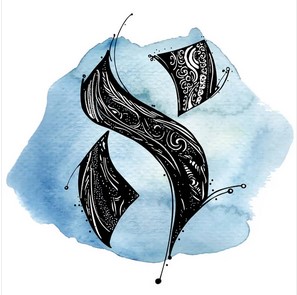 But all that can only be accomplished if we are aware that we are touching, and feeding, our soul-root, our letter in the Torah, our internal connection with the Transcendent, every time we study Torah. By using our voice we can connect and reconnect with the Voice that spoke the Ten Sayings, the Sound that created the world, the Voice, the Sound, that brought us, specifically, to existence.

May this be a week in which we reach higher and higher levels, and bring others with us, even as we experience the ebb and flow of the Divine Voice within. Shabbat Shalom.