Korach and the month of Tammuz

Korach and his followers rebel against Moses’ and Aaron’s leadership and are killed; God instructs Aaron regarding laws of the priesthood.

In the aftermath of the two rebellions, God again talks about destroying the entire community – twice. This time, however, we do not see any of the back and forth between Moshe and God.

~ What is different in what Moshe and Aharon say to God that changes God’s mind on the first time? What happens in the second time?

~ What is the punishment? Is there forgiveness?

~ Is Korach’s, Datan and Aviram’s rebellions fundamentally different than the Golden Calf and the Episode of the Scouts in your opinion? Why or why not?

~ Why does this cycle of rebellions and mutterings end with the staff of Aharon having sprouts, flowers and fruit?

One of the interesting points of this piece of the Torah – Numbers 16 to 20 – is the presence of the expression “falling on his” or “their” face(s). This expression appears only twice before, and definitely connected to something positive, an encounter with God, with Avraham.

In Numbers, all the four times it appears: three times in our portion and one in the next – it has to do with Moshe and Aharon asking God not to destroy the community, or with Moshe expressing something like despair. Moshe falls on his face while talking to Korach for the first time, when Korch is accusing Moshe of raising himself and Aharon above the congregation.

Korach is seen by the tradition as a very capable and smart leader, with some prophetic abilities even. His rebellion, couched in language that makes us uncomfortable today, is in fact a manipulation of the emotions of the people as despairing of the next stage: the 40 years in the desert. Korach is also able to join forces with Datan and Aviram, whose lineage is not Levitical. Being from the Reubenite family, they too see an opportunity of seizing power: they are of Reuben, who was the first born way before when. In this sense, we can see this rebellion as fundamentally different: it is a personal rebellion against the structure put in place by God. The words used by Korach – all the community is holy – are a mask for Korach’s real intentions of taking over Moses’s place, while other Levites would become High Priests. 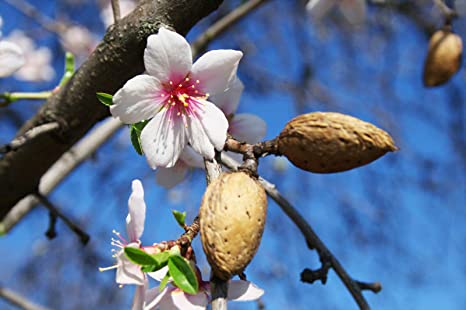 The question of forgiveness is interesting – individually, it appears that there is none. Datan, Aviram and all that is theirs disappears inside the earth; while the 250 other leaders are burned to a crisp, just like Nadav and Avihu. Of course, the reader knows that all those men should have known better. Offering incense is a dangerous proposition. The text makes clear that Moshe is warning those who offer incense that only one will survive – and all of them do it. The reader is left with the question of how could they have fallen for it?

If we see this as an attempt to seize power, by a loose connection of rebels, each person with their own agenda, not really caring about what happens to the rest of the coalition, all blinded by the possibility of becoming “it” – then we can understand that better. Arrogance and desire for power definitely blind people.

The name of God used to dispel the first anger of God is “אֵ֕ל אֱלֹהֵ֥י הָרוּחֹ֖ת לְכׇל־בָּשָׂ֑ר” usuall translated as “God Source of the breath of all flesh!” and the words really underscore how this is unlike the other two moments – the community is being misled by certain people among them, namely, Korach, Datan and Aviram. And Moses, over and over, seems to be saying the same thing in different ways: look, I have not appointed myself or Aharon, God did. In this, Moses is very consistent: he did not want to be a leader back in Exodus, and here, he is still saying I was put here by God. Moreover, in the part we did not read, Moses is affirming his honesty as a leader, saying that he did not take even a donkey from anyone. The image of the authoritarian leader seizing donkeys from people is repeated in many places in Tanach. And so Moses is defending himself against a specific political charge: the leader that has power and uses for his – or her – own personal interests.

Besides the earthquake swallowing Datan and Aviram and all that is theirs, and the fire consuming the 250 men, we have this third expression of miracle: the staffs. First, let’s pay attention that the word miracle here has nothing to do with goodness, but simply with an unexpected happening. There are three: the earthquake that closes back, the fire coming down, and the staff. And that staff itself has three miracles – it has sprouts, flowers and fruit. Those things are not supposed to go together in a living tree, let alone in a staff.

It is through this visual sign that God hopes the mutterings regarding leadership will cease. Aharon’s place as High Priest is secured – but not without rage, and then fear, spreading again around the people. As the leaders of the rebellion  die, and the people treathen to kill Moses and aharon, a plague begins, almost without warning, and it’s Aharon’s job to stop it, using precisely incense and fire. The text is as surprising as it is shocking: Aharon stands between the dead and the living. A shield against God’s anger, made of human, incense and fire. Another set of three.

The visual of the staff is a sign and a warning. There is hope – we know that the community will be taken to the land eventually, that we survive. But there is also the warning: the staff, which will not wilt, is to be put in the Ark as a reminder.

The Ark now has its four contents: the full set of tablets, the pieces of the first broken tablets, a pot with manna and the staff. The staff I imagine is suspended in life – it does not wilt, but does not grow either. This is the image of the people of Israel at this very moment: they will walk in the desert and not wilt. But the changes that are expected cannot be seen – the expelling of both slavery and rebellion from their hearts. At this stage, after all these things that have happened, we see that the 40 years in the desert are actually a moment of taking stock and renewing.

This parsha happens usually at this point in the Jewish year, which is the beginnign of the Jewish month of Tammuz. Tammuz marks the beginning of the summer, both here and in Israel. It is the month before the great breaking symbolized by the month of Av. On the 17th of Tammuz we are remembering the beginning of the seige of Jerusalem by the Romans – and so the month of Tammuz is the point where things can still turn differently. We can still make different choices. And I think this is primordial to understand this portion – there are several moments when it could have been different, where the actors to make different choices.

So I hope this is a month of taking stock so as to prepare ourselves for the many moments of renewal that our tradition offers for the next few months – and may our good deeds have sprouts, flowers and fruit, just like Aharon’s staff, and may they multiply and bring light to the world.