[I first heard this story from Reb Mimi Feigelson, who heard it from Reb Shlomo Carlibach z”l. I found later another version that connects the Holy Miser with Rav Yom Tov Lipman Heller tzz”l, a hero of mine due to the stories around his commentary to the Mishnah, the Tosfot Yom Tov. You can learn more about him by clicking here. ]

Around 1600, there lived in Kracow, a very important rabbi, Rabbi Yom Tov Lipman Heller. In that same town, Kracow, there lives a very rich Jew, the greatest miser in the world. He had no family. His name was Yosseleh.

Back then, in Cracow everybody was poor, downhearted, depressed and heartbroken. There was only that one Jew who had a lot of money: Yosseleh the Miser. All rabbis had tried to get him to part with a few coins, but no matter how much they begged, asked, threatened, the answer was always no.

You know, our rabbis teach us a sinner is not anti-God. A person who sins just doesn’t do God’s will. But a miser is anti-God, because God is giving, but a miser only takes. A miser is not part of the world.

And that is how Yosseleh became an outcast. Kids would throw stones at him on the street. They would point and laugh at him. No one would ever say Good Shabbos to him and in trying to get him to give money they even stopped giving him honors in shul. But it was to no avail.

One day, the Chevra Kaddisha, the burial society, was told Yossaleh is dying.

They went to his bedside and they said,”Yossaleh, you can’t take the money with you anyway. Give us 1,000 rubles and we will bury you, and, we will give the money to the poor which you neglected all your life.” Leave it to Yossaleh though, he said: “No, this week I cannot give more than 50 rubles.” The people were so disgusted with him, they said you can’t take it with you anyway! Once in your life, give some money to the poor!

Yossalah insists and he refuses to give more than 50 rubles and the burial society members told him in that case, we refuse to bury you. He said to them, “I don’t mind. I’ll bury myself.” It was too ugly. The members got up to leave and at that moment, Yossaleh said the Shema, and his soul left the world. The Chevra was just disgusted – and left him there.

He died Sunday night – no one buried him. Monday, Tuesday passed. Tuesday night, a neighbor thought it was not fair to his wife and children, they were afraid of Yosseleh’s ghost. He must be buried. So, late at night – for the neighbor was more afraid of his other neighbors than of the ghost, you see, the neighbor was afraid to upset the community – late at night he loaded Yosseleh’s light, small body on the wagon and dug a grave for him near a lonely tree, in the back of the cemetery, in the area for the paupers. He threw him in and covered him with earth and left.

Late Thursday night, a poor man knocked on Rav Yom Tov Lipman Heller’s door and said, “Rabbi, please give me money to buy food for Shabbos.” Rav Yom Tov Heller says, “I’ll be glad to. Why tonight? I have never seen you before. How did you make out last Shabbos?” “Rav Yom Tov,” he said, “for the past twenty years, I can’t make a living, but every Thursday morning there were five rubles left in an envelope under my broken door. But not this morning.”

Five minutes later the local schoolteacher knocked on his door and said, “Rabbi Heller, please give me money to buy food for Shabbos.” “I’ll be glad to, but where were you last week?” He says, “Rav, the truth is that for the last ten years, I can’t make a living, but every Thursday morning, there were two rubles under my broken door. But not this morning.” Within hours, all the poor people in Cracow came and told the same story.

And then all the rabbis of Cracow got together and all were sharing the same story. Out of the woodwork, from nowhere, poor people were coming asking for money. They had never seen anything like this. And that is when they realized who was keeping all those people alive, for more than twenty years. Can you imagine? Yosseleh the Miser.

Rav Yom Tov Heller asked the poor people, “I don’t understand, how come to you he gave five rubles, to you two and to you, ten, and how did he know where you lived? The most unbelievable thing was revealed to him.

Once in their life, every poor person thought that he could get through to Yossaleh, the only man who has money in Cracow. He or she would visit Yossaleh. Yossaleh would open his door with so much love and so much understanding. “Come in, sit down.” He took a piece of paper and a pencil and would say. “What is your name, my friend?”

“How many children do you have?”
“Twelve.”
“Twelve? Oh, you must be starving to death. My heart is bleeding for you. What do you need to survive?”
“Oh, Yossaleh, if you could give me five rubles a week?”
“Where do you live my friend?” He would write everything down and say thank you so much for visiting me. He would speak for a long time about everything in the world. But suddenly, Yossaleh would go crazy. He would simply begin screaming for the person to get out! Get Out! What do you think? Do you think I am crazy, do you think I would give you my precious money? Get away! Don’t you ever come back!”

And then Meilech, Shlomo, Avrum, Sarah would go back to their houses and say to their partner and children, “What they say is right, he is crazy.” But, the next Thursday, under the broken door, there was an envelope with five rubles. And the next week, and the week after that. Predictable and constant, two days before every Shabbat and every festival.

And that story was repeated over and over again. The interview, the long talk, the loving listening and then the sudden crazy bout, and the money, without missing a week, every Thursday, under the door, first thing in the morning. Yosseleh probably came, Rav Yom Tov Heller reasoned, at night, when everyone was asleep.

Rav Yom Tov Heller was so broken. They didn’t even bury him! The holy of holiest! Not only does he gave, he gave like God gives. He announced a fast day for the whole city. Everybody came, especially the poor people who lived from him for all those years. All those same people whose children were throwing stones at Yosseleh, those who mocked him and spoke evil. All were crying in the synagogue. Yosseleh, Yosseleh, please forgive us. Please forgive us wherever you are. It was just about sundown and the fast day was over. Rav Yom Tov Heller felt they hadn’t gotten Yosseleh’s forgiveness yet, but he went home, and slept. He had a dream.

In his dream, he saw Yossaleh. And Yosseleh said, “Rav Yom Tov Heller, please, please, tell all my brothers and sisters to go home. There is no reason to fast. This is the way I wanted it. I wanted to have the privilege to give like God gives – without anybody knowing. Please, tell all my friends, especially the poor people. I am here in Heaven… yet, there is one thing I still miss. I’d give anything for another Thursday at 1 AM, for another door, for another envelope with five rubles to give away in honor of the holy Shabbos or Yomtev.”

Rav Yom Tov Lipman Heller woke up. Then, he had a new stone carved for Yossele saying “Holy Miser”, and requested that when he died he be buried right next to Yossele, the Holy Miser, and you can travel to Kracow and seen them both at rest together to this day. 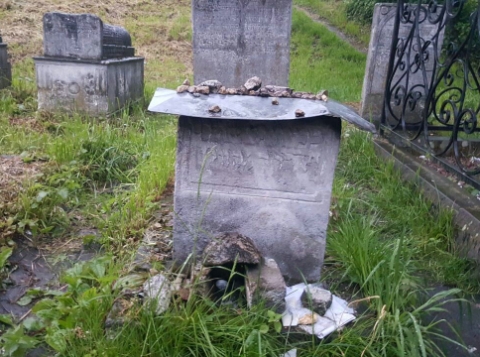 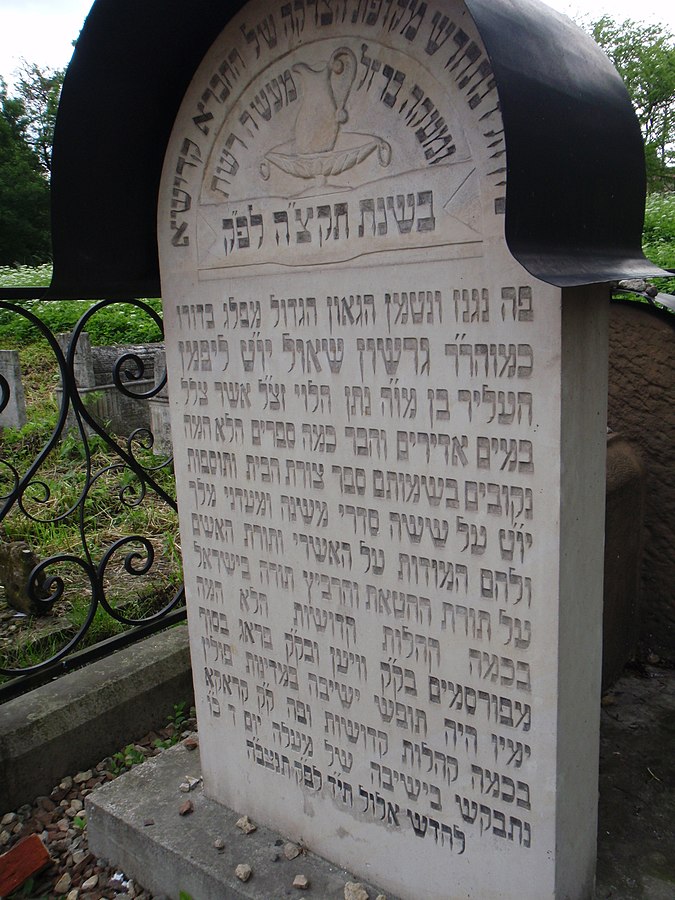