Toldot is the one reading that is dedicated to Yitzchak alone – and Yitzchak’s character and personality are not very developed since he is squeezed between two strong characters, Avraham and Yaakov. He also marries a strong woman, which is Rivkah.

Early in the reading we learn that both parents chose to prefer one of the twins: Yitzchak likes Esav and Rivkah likes Yaakov. We also know that Rivkah knows that the older will serve the younger. We also know that, coming hungry from a hunting trip, Esav sells his birthright for lentil stew.

And then our reading opens with Yitzchak making a peace pact with Avimelech, and becoming blind after that. Then the scene of the blessing happens, and I am purposefully being vague because I want you to think for yourself.

One of the most tragic images of the Torah is the sobbing of Esav when he realizes he will not receive a blessing. Even though the triennial reading ends on verse 27:27, I would like to invite you to read a few more verses, up to verse 38. So please find that in your chumashim, to have the full vision of the scene of the blessing. The scene begins on verse 1 of chapter 27.

Do you think Yitzchak knows which son is in front of him?

What do you think of Rivkah’s involvement in all this?

Yaakov will be seen as a trickster from now on. Does he deserve the title? How many times does he lie? Why does he lie?

Look closely to the communication between the members of this family. Does Rivkah tell Yitzchak that the older will serve the younger? Does Yitzchak tell Rivkah he is about to bless Esav? Do the boys tell their parents about the selling of the birthright? 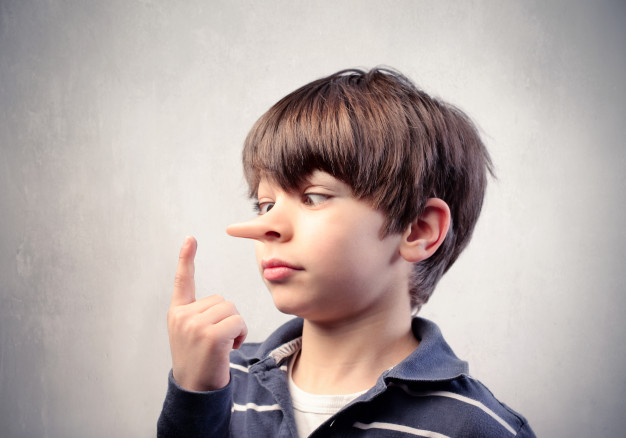 As we look at the story, we know a few things: Rivkah knows who the rightful heir is. The boys have made one of those exchanges that siblings do, and never tell their parents. What is not clear is what Yitzchak knows. There is a lot that is not clear about Yitzchak’s position in all this: is he a victim? A willing participant? Is he really going to die? We know he isn’t, he lives many many years after this.

One of the things that is clear, however, is his preference for Esav, who is favored by Yitzchak early on. Yitzchak appreciated that he was a hunter, in contrast to the homebody that was his brother Yaakov. Esav is more an “adult” than Jacob: he had married and may have already provided Yitzchak and Rivkah with grandchildren. He is also a good cook, besides being a good hunter: for all the lentil stew of Yaakov, it is Rivkah who prepares the meal, since she knows how Yitzchak likes it, and clearly Yaakov does not. But as favored as he can be, his choice of wives makes both Rivkah and Yitzchak unhappy.

Rivkah, overhearing the request for a wild animal, takes the driver seat. Yaakov does not seem to have a moral quandary – he worries only about what the consequences might be if he gets found out. He does depend on Rivkah for the preparation of the meal. I am not an expert, but I am going to guess that it is hard to make goat meat taste the same as wild game.

It is Rivkah that I am most impressed by in this scene. Not only does she solve the second problem quickly and easily, she demonstrates that she is willing to put everything on the line to do what she sees as God’s will. When Yaakov is worried that he will be cursed– a natural fear given the circumstances– Rivkah is willing to step up and say, “let the curse fall on me”. She has courage and conviction – even though we might be uncomfortable with what she is doing with them. If Yitzchak curses his son, Rivkah agrees to take the curse on herself. That suggests that her motivation is not selfish, but rather something that she does for the long-term good. Yaakov’s motivations are never so altruistic.

Let’s look at Yaakov. He lies three times at least, if you don’t count the dressing up as a lie. So he does seem to deserve the trickster title, and it is seen as ‘just deserts’ by some commentators the fact that he will be the one tricked over and over by Lavan. It is hard to like him.

Yitzchak seems to be fooled, but we are never so sure. With the verse “the hands are the hands of Esav, but the voice is the voice of Yaakov” one could see him as playing along. Rashi will tell us that Yaakov cannot but give himself away – he can’t speak the way his brother does to his father.

How did you find it so quickly?

To this, Rashi comments, bringing a midrash: Isaac said to himself, “It is not Esau’s way to mention the name of God so readily, and this one says, “Because Ad-nai your God caused it thus to happen to me!

It is Rashi who will, time and again, try to clean up Yaakov’s act, showing that Yaakov chose his language carefully so as not to lie (Click here). It is Rashi and many midrashim who show Yaakov as a simple bookworm, sitting in the tents, learning. I find this a little farfetched given their birth: Yaakov is already grasping the heel, and when he sees an opportunity, he buys the birthright. So he is trying, even though he is not as strong or mature as his older brother, to grasp the first place.

And maybe that is why Yitzchak plays along: he realizes how far Yaakov is willing to go to get this blessing.

The Netziv (Rabbi Naftali Tzvi Yehudah Berlin, 19th century) proposes a different vision for Yitzchak: he wants the brothers to get along, to share. He’d rather bless Esau with birkat haaretz (the blessing of the land) – physical plenitude and mastery over the physical world and bless Yaakov with birkat Avraham (the blessing of Avraham) which Yaakov actually receives when he goes to Lavan’s house. That was the blessing that Avraham received ensuring that his descendants would be God’s chosen nation (28:3-4, we did not read this in the triennial). Yitzchak had no reason to think that one of his sons would be rejected. He believed they would both lead this chosen nation as partners, with Esav mastering the physical world and Yaakov carrying on the spiritual legacy. (See Haamek Davar ad loc, click here for the text)

It’s Rivkah that knows this can’t be, because of her prior knowledge of “the older will serve the younger.” And Rivkah is also the sister of Lavan. She will send her preferred son to learn from Lavan, maybe to become the adult that Esav already is – there, away from the house. Maybe she realizes that Yaakov does not have the space to develop into the grand destiny of that prophecy.

Something that has always bothered me is that in the scroll, Rivkah is called a “na’ar” (a masculine form for an unmarried person at marriageable age) four times when she is introduced (see 24:16,28,55,57 – click here) and she is never called using the feminine form “na’ar’ah.” We read it as na’arah, “maiden”, and that is how we translate it. But that is not what is written. The use of the masculine for her, four times, implies that this is not a mistake but a decision of some sort. And maybe this is a way of signaling that that she gets the mission to carry the blessing, not her husband, in a very patriarchal society. It fits in her general sketch: she is beautiful, but strong – remember watering the camels? And once she puts something in her head, she will see through it (there are 10 camels, 40 gallons per camel, 8 pounds a gallon, you make the math.)

This is what I think is the detail we have to pay attention in this story, and this is definitely a lesson we can take home: the couple does not talk about their hopes for the kids. The kids don’t talk about their internal exchange with the parents. It really appears that Rivkah never told Yitzchak of the encounter with God, which is very odd for expectant parents. And this is what is important: the secrecy is what makes this story happen, and all its eventual heartache – what Rivkah says will be “but a few days” will become 21 years of separation.